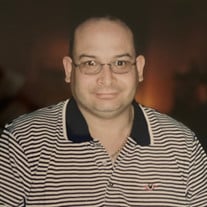 For Eddie Hernandez We have just lost someone very close. There are many, many things we all wish we could have said to him, things we should have said when we had the chance. He has faced many hardships, who in spite of it all lived his life, his way. In spite of chronic pain, depression, and anxiety, always tried his best for those around him. Though sadly the weight of life has now taken him from us, let us remember all that he’s accomplished and all that he gave us. He was honest, wise, bold, supportive, patient, and loving. He was a patriot who loved his country. He was a soldier, a photographer, a teacher, a father, and a good friend. He has many great stories, he has touched so many people, he has even done things that seemed impossible. He had a back injury that permanently changed the course of his life, a source of much of his pain. A doctor once told him that he would never walk again, in spite of that he kept walking. Sometimes with a cane, sometimes just by his own two feet. When he reached a point when he could no longer work a job, he kept walking. When he and his family were homeless, he kept walking. When all life seemed hopeless, he kept walking. In his years he saw many things, he watched wars rage, he saw economic collapse, and saw sickness destroy countless lives. He lost many friends, lost family, but still he kept walking. He always made it a point to help people, even if it meant pushing himself beyond his limits, even if it put him into hospital time after time. He would help complete strangers, and of course he would always be there for his family. He had an indomitable spirit. Let us also remember the man himself. He had a sense of humor to him. Sometimes crass, but always jovial. He had a love of music. Classic rock, metal, progressive, alternative, and modern hits. He is also forward thinking. Many people his same age reject the changing world. They fear it. But he embraced it. He always looked to new technology, he was always willing to adapt, and always willing to learn. He was reliable, always willing to help with any task, always willing to figure things out, regardless of the physical, mental, or emotional pain. He also has a loving family. He always put their well being above his own. Even when he was frustrated with them, he still tried his best to help them. His strong father, Agapito, likewise resilient, likewise bold. His beautiful sister, Evelyn, that always seems full of life and her daughter, his niece Angelyn, who herself has grown into a beautiful young woman. Also his love Wilma. Though they had split, they were still always there for each other, always helping each other, still loving each other. A bond that is unbreakable. Also her family who accepted him as one of their own. Lastly, his son, Raymond, whom he has imbued with his wisdom, his faith, and his love. Someone who always looked up to him and will miss him dearly. We have now lost a part of ourselves. There is now a hole that he once filled. But let us be there for each other the same way he was there for us. The triumphs and sacrifices he made shall not be in vain. We must keep him and his memory in our hearts. Though there will be much sadness going forward, we should look to him for strength and guidance. Keep with us that indomitable spirit.

For Eddie Hernandez We have just lost someone very close. There are many, many things we all wish we could have said to him, things we should have said when we had the chance. He has faced many hardships, who in spite of it all lived his life,... View Obituary & Service Information

The family of Eddie Hernandez created this Life Tributes page to make it easy to share your memories.

We have just lost someone very close. There...

Send flowers to the Hernandez family.